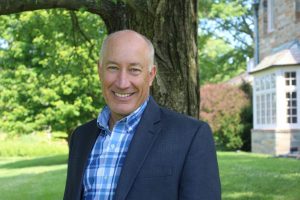 There were many reasons to be grateful in 2017.  Society membership numbers were up from the previous year. Folks told us that making all of our journals accessible online for free was a momentous benefit. Not only did they find out that they had free access to five journals, plus Fisheries, but they saw publications with a new look and a more dynamic social media presence. For example, working with our new publisher, Wiley, we planned collective, interactive issues that will become a regular “gift” to our fisheries science students and professionals well into the future.

President Steve McMullin and the Governing Board focused on a number of issues to move the Society forward: for example, appointing a Special Committee on Diversity and Inclusion, which included multi-sector representatives. The group developed a set of action items designed to increase diversity, making our network more inclusive and welcoming.

Also notable in 2017 was a slate of new webinars, with subjects ranging from new science to career development to how to champion local and national policy initiatives.  The enthusiastic participation in Lauren Maza’s webinars bodes well for the future, inspiring more and more of our members and authors to effectively promote their science and other areas of expertise. We published four new books this past year and launched a new look for Fisheries magazine and our other journals, with creative direction from Sarah Harrison and Laura Hendee.

Policy took a front seat in 2017. Thanks to our new policy director, Drue Winters, AFS partnered with scientific and conservation organizations around the country to talk to U.S. lawmakers about protecting habitat and species in the Recovering America’s Wildlife Act (RAWA), and the 2015 Clean Water Rule, also known as the Waters of the U.S. (WOTUS) rule. We asked our members to support the work of the Cooperative Wildlife Units, requested that the White House restore funding to the Cooperative Fish and Wildlife Research Unit Program (CRU), which supports 40 units in 38 states highly valued by fish and wildlife professionals. Finally, we continued our dialogue with lawmakers on the “mark-up” discussions around the Magnuson-Stevens Fishery Conservation and Management Act.

As always, AFS volunteers contributed a huge amount toward advancing fisheries science and fisheries management in the U.S. and internationally this past year. Our members’ generous contributions of time and energy continued to drive the Society’s mission. In 2017, leaders of our AFS Sections, Committees, Chapters, and Divisions all volunteered in ways that made us proud. They led AFS Units successfully throughout the year and they created new ones, like the Science Communications Section.

In Tampa, not only did we see and hear stellar symposia, but science and planets aligned as a solar eclipse stopped us in our tracks in the middle of our Annual Meeting.

We hope to see you in Atlantic City in August 2018 for a compelling array of symposia. With plenary speakers like Chris Oliver from NOAA, and symposia covering topics like aquaculture and coastal wind energy, this Annual Meeting should be especially stimulating.

Here’s to a strong year ahead, as we edge closer and closer to our 150th anniversary. And help us imagine what the next 150 years will bring.